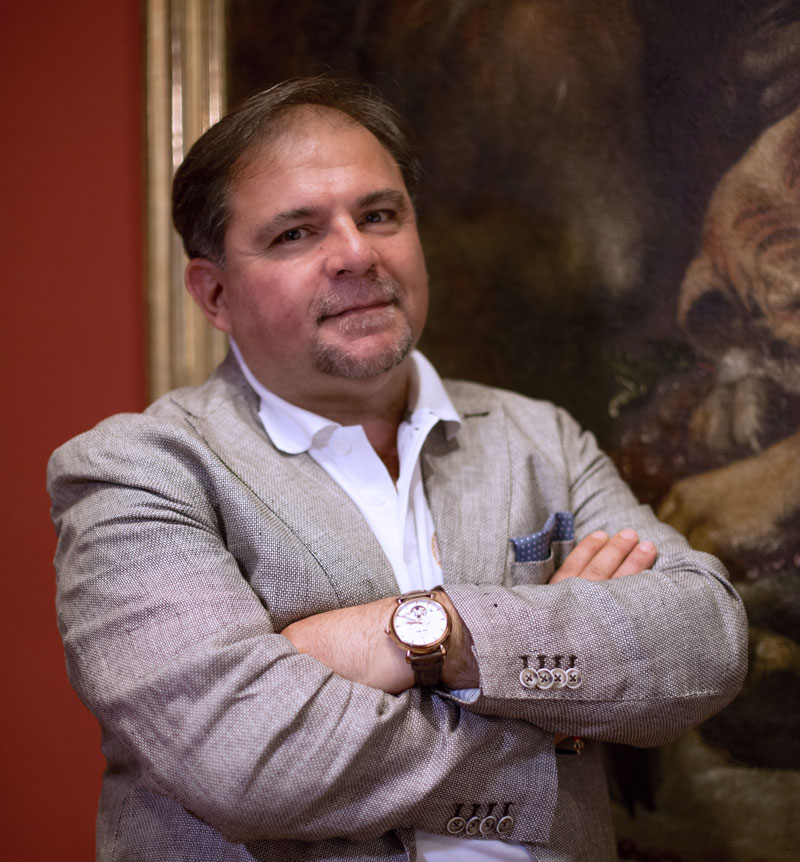 Salvo Bitonti is theatre director and currently Dean of the Albertina Academy of Fine Arts in Turin, Italy. As a director, he has staged about thirty performances in relevant national theatres, including the Piccolo Teatro of Milan, twice as a guest with the artistic direction of Giorgio Strehler. He has dealt with cinema from a theoretical point of view, also teaching history of cinema and directing for seven years the Sicilian Film Festival in Miami, which promoted regional Italian cinema. He also made short movies based on classical works on ancient myths, linked to Greek theatre, as Elena and Fedra that were shown around the world as art films.

[GP] Salvo Bitonti, as a theatre director, what is your relationship with scenography?

[SB] It is a very important one. When a theatre director decides or is asked to stage a text he must also visually imagine it. Especially in theatre, he has the great privilege to recreate a world that either is totally lost or must be totally imaginary or must have relevance to the contemporary world, depending on the reading that he intends to propose.

Already in the early twentieth century, direction was considered an art on its own, a superior vision of a certain theatrical text unifying set design, costumes, lights and acting. So for me, the set design was always very important, I always had a lot of debate with the scenographers I worked with, there was always a fruitful exchange of ideas.

What has your research focused on?

I have worked a lot on the interaction between the theatre’s cinematographic set design and cinema. I have worked on two fronts: on one side the dramaturgy, that is when a theatrical script had some elements that could be somehow narrated within the frame of a scenic space. For example, I have brought on stage Soderberg’s movie Sex, Lies, and Videotape—winner of the Golden Palm at the Cannes Film Festival several years ago—demonstrating the possibility that the anti-Aristotelian narration and also the coexistence of different places could have a reason to exist within the stage.

On the other hand I have also used a lot the idea of film projections as an integral part of a staging; for example when I worked on Giovanna d’Arco—a poetic text by Maria Luisa Spaziani—I reassembled some sequences of Dreyer’s famous Passion de Jeanne d’Arc, which had a dramaturgical counterpoint linked to the spoken text but also to the same set design—in that case a large white wall, which sometimes allowed to be animated with these almost ghostly shadows of the black and white images of Dreyer’s film.

Scenography has always been a field of experimentation for professionals coming from adjacent fields, primarily from that of figurative arts. Today, light designers, graphic designers, video designers often take over as scenographers. As dean of an Academy of Fine Arts, you probably have an extensive look on the whole of artistic forms, how do you see the relationship between scenography and other art forms today and what do you foresee for the future?

Scenography, you said well, has always been a privileged area of all the arts, especially the visual arts. Great figurative artists of the twentieth century created sets, I think of Picasso or, in Italy, De Chirico, Casorati. Scenography has always strongly interested the figurative art, above all because, from the Renaissance onwards, with the invention of the scenographic perspective, scenography took up the idea of painting according to the renaissance canons, so the artists have always worked in this field.

I have to say that, unlike what one could think, at the moment scenography enjoys an extraordinary vitality. New media and technologies are recently very much integrated into the conception of an “avant-garde” scene. A set design uniting all the new technological inventions advances the same concept of scenography. So, for example, the 3D projections, which we also use in our courses, or the holograms that allow placing avatars side by side with the actors in case you want to duplicate them or for particular stage effects. Recently I have seen these solutions also in some shows in China and they were very suggestive.

As dean of an Italian Academy participating in important exchange programs you have intense international relationships, in particular with China, a country of strong and very long theatrical tradition and with specific forms of scenography. With the intensification of exchanges among students, what do you foresee in terms of mutual influences between the western and eastern worlds?

This is a very important and interesting question. In the last years, about since 2010, there has been a great interest from the Asian countries towards the Italian education system, especially with regard to academies and conservatories. In countries like China, but also Korea, Italy is seen as the top priority place to study both history of art and painting, sculpture, decoration, scenography, due to the great historical-cultural tradition that our country has.

Our Academy is a very international one being it very open to students from both European and, above all, non-European countries and we have a significant presence of Chinese students.

Certainly, Asian students who come to Italy experience a sort of interesting cultural short-circuit between the great cultural tradition of the Far East, thus Chinese, and the European one. This is certainly a reason that can influence both cultures, namely Western and Oriental culture.

Surely we feel the influence of Oriental culture too, in a certain stylization that is typical, in the pursuit of essentiality and ideogrammatic forms.

We must say, though, that if we go to the Performing Art Center in Beijing—the biggest series of theatres in China with an extraordinary opera season—we see that, especially for opera, they tend more to the tradition, the Western tradition.

Many contemporary Chinese directors, such as Zhang Yimou who also stages opera, use oriental styles but completely revised towards essentialization. I remember an award-winning set design for an opera, made of two huge red chairs of Chinese taste, which reminded a bit of the Chinese theatre tradition, where there were two small chairs only. This time these chairs were revived and strongly enlarged, almost becoming architectural structures, almost buildings.

Back to the international relations, you also created a festival…

Yes, in 2015 we have created a great international festival of world’s art and design schools [FISAD] and we have dedicated a pavilion to China, precisely because of the importance this country has had in our institution. A piece of performing art with a set designed by the National School of Stage Design and Theater of Beijing should have been present, but due to its grandiosity it could not be transported. It is very interesting to note that in China, precisely as in other European countries, set design is not separated from acting schools. The teaching of scenography is linked to the National Academies of Dramatic Art more than to the Academies of Fine Arts.

Coming to the teaching, what courses in scenography do you offer at the Albertina Academy?

As for the theatre set design school, it is linked to our great pictorial tradition, but also to the architectural scenography. It offers a whole series of subjects among which I would certainly mention history and theory of scenography, festival performance, stagecraft but also puppet theatre, that is the construction of puppets, in which field the Academy is quite an excellence thanks to its teachers.

As far as the film set design is concerned, we have a whole series of absolutely innovative subjects, including modelling, multimedia, special graphics techniques, covering the use of digital means to design film sets. The school hangs in the balance between tradition and innovation, between tradition and research.

Recently, the two set design schools have created sets and costumes for Vivaldi’s Incoronazione di Dario at the Teatro Regio of Turin. This interpretation was absolutely contemporary while maintaining classic elements in the setting. And it was completely realized by the students guided by the academy teachers who are all active professionals.

How do you prepare students for their future profession?

Both schools rely heavily on seminars, workshops and curricular internships. In Turin, all our students are involved in curricular internships in film productions, in collaboration with the Film Commission, while for theatre and opera they are often engaged in internships both at the Teatro Stabile of Turin and at the Teatro Regio, Turin’s opera house. So they have the opportunity to experience the various professional profiles still attending the courses, both under- and post-graduate. 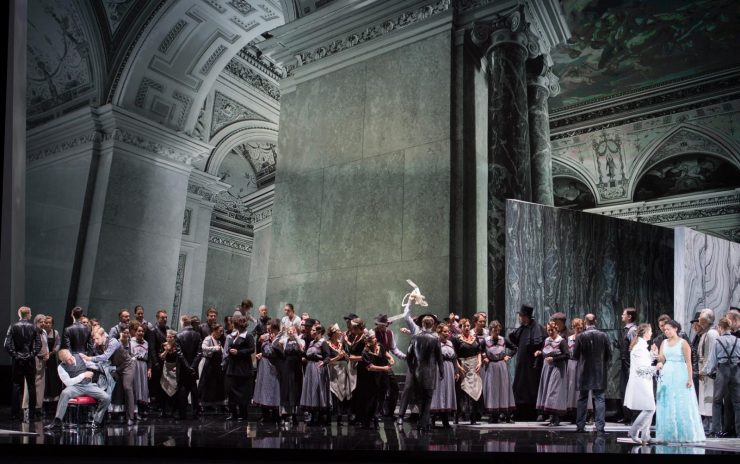 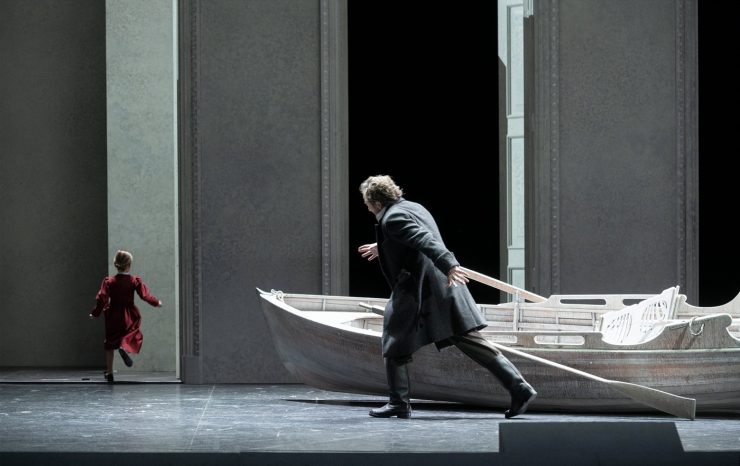 We use cookies on our website to give you the most relevant experience by remembering your preferences and repeat visits. By clicking “Accept”, you consent to the use of ALL the cookies.
Cookie settingsACCEPT
Manage consent

This website uses cookies to improve your experience while you navigate through the website. Out of these, the cookies that are categorized as necessary are stored on your browser as they are essential for the working of basic functionalities of the website. We also use third-party cookies that help us analyze and understand how you use this website. These cookies will be stored in your browser only with your consent. You also have the option to opt-out of these cookies. But opting out of some of these cookies may affect your browsing experience.
Necessary Always Enabled

Performance cookies are used to understand and analyze the key performance indexes of the website which helps in delivering a better user experience for the visitors.

Analytical cookies are used to understand how visitors interact with the website. These cookies help provide information on metrics the number of visitors, bounce rate, traffic source, etc.

Advertisement cookies are used to provide visitors with relevant ads and marketing campaigns. These cookies track visitors across websites and collect information to provide customized ads.

Other uncategorized cookies are those that are being analyzed and have not been classified into a category as yet.

SAVE & ACCEPT
Scroll to Top