The things that pass (De dingen die voorbijgaan in Dutch) is a co-production of Toneelgroep Amsterdam and Toneelhuis created at the Ruhrtriennale in 2016. It will be next on stage at the Stadsschouwburg of Amsterdam starting January 24, 2018.

Based on the psychological novel Old People and the Things that Pass written in 1906 by acclaimed Dutch author Louis Couperus, and adapted for the stage by Koen Tachelet, the play revolves around two young lovers from The Hague: Lot and Elly.

Their family, portrayed over three generations, is led by grandmother Ottilie and her lover Emile Takma, now in their nineties, who are united by a murderous past. Sixty years ago, back in the Dutch East Indies, the two killed Ottilie’s husband moved by their uncontrollable love passion. The hushing up of their amorous relationship and the murder leave deep traces in the following generations of the family, that are kept hostage to ‘the Thing’, the badly kept family secret haunting all of their relationships.

A trauma passed from generation to generation that Lot and Elly now try and heal with their marriage and a honeymoon in Italy, but to no avail. When they return from the sensual South, the young couple has no choice but to take its place in the waiting room of purgatory where, with the rest of the family, they silently hope that the departure of the slowly dying elderly will set them free from the stranglehold of the rigid environment of The Hague.

For director Ivo van Hove, The things that pass is a story of unlived lives and of enormous discrepancy between the characters’ emotions and what they can actually express in the cold-hearted society of The Hague, which the author Couperus knew so well. The senseless family members do not succeed in fulfilling their deepest cravings. Their unsatisfied desires become a silent cancer spreading all over the family.

The set: a waiting room

For the set, Jan Versweyveld has designed a huge a bleakly lit waiting room delimited on both sides by one endless row of chairs. In the room, the black dressed family members sit and wait for their salvation and wander around like a melancholic choir restrained in an overly small world.

A wide mirror panel on the back doubles the space and makes the characters inexorably confront with themselves. In front of it, a table clock marks the time. The sides of the stage are delimited by transparent panels on which grotesque faces are painted. 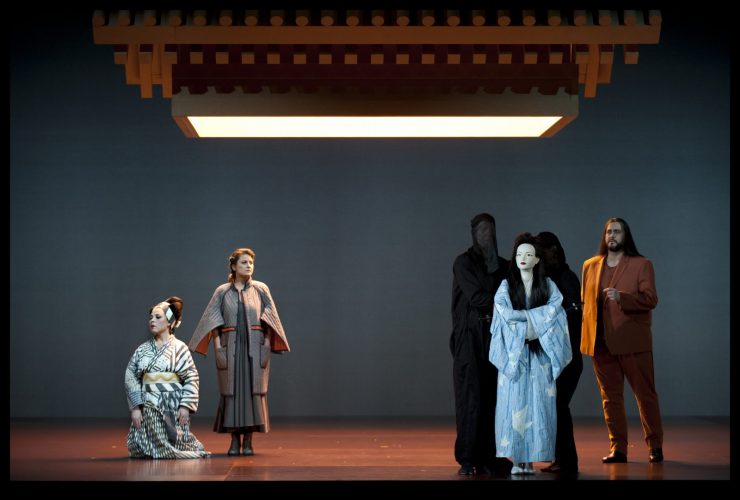 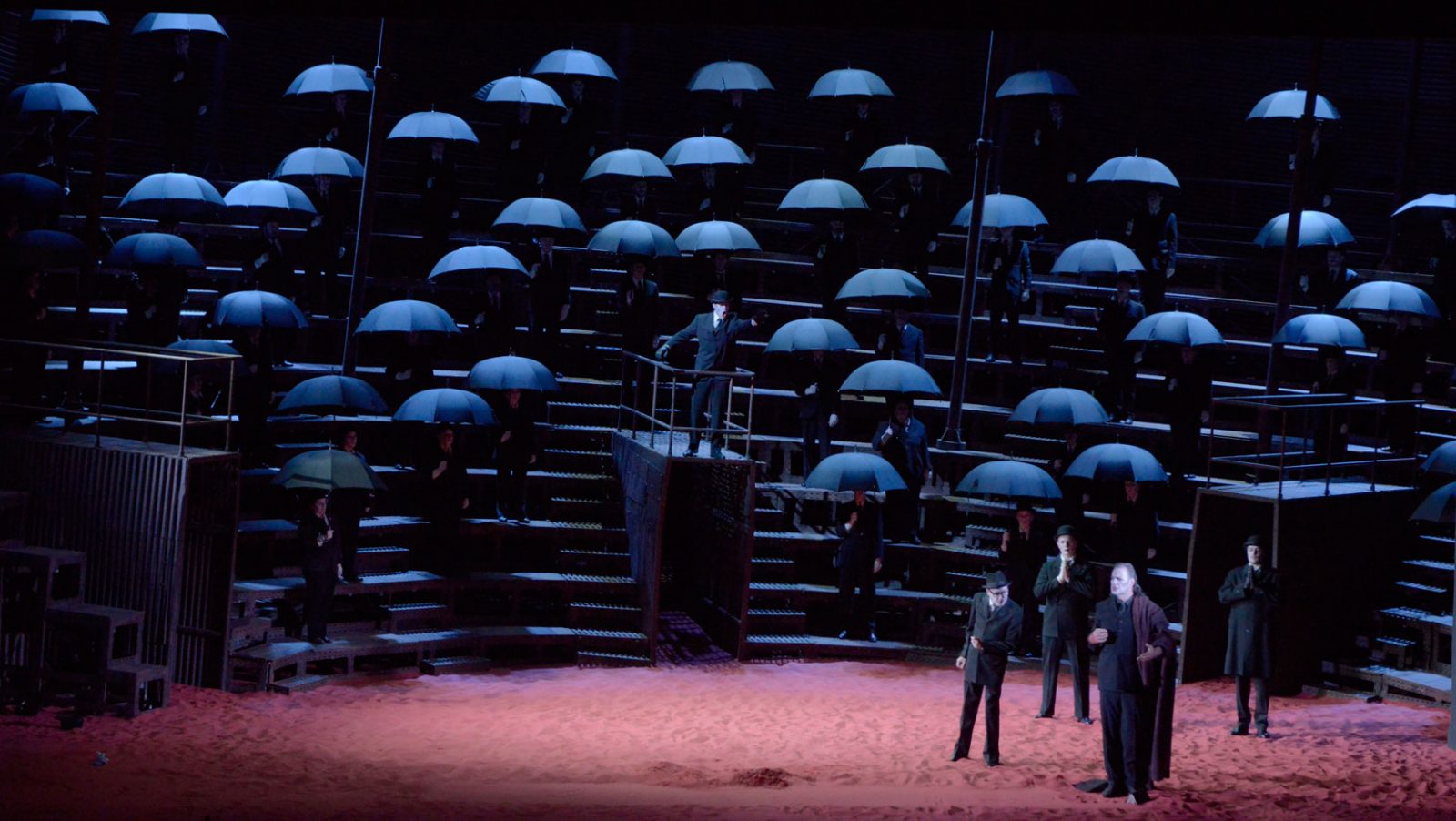