Robert Wilson was pleasantly surprised when Rolando Villazón, artistic director of the Salzburg Mozart Week, invited him to produce a stage version of Handel’s Messiah in Mozart’s adaptation. “I am very grateful to him for allowing me to put on stage this magnificent work, especially in the hometown of Mozart,” says Wilson in his presentation of the production. “I am even happier that the show created in Salzburg is now at the Théâtre des Champs-Elysées in Paris, a city to which so many things bind me.”

According to Wilson, some look at Handel’s Messiah only from a Christian perspective, which is also the reason why, back in 1743, the act of performing a “sacred oratorio” on the stage of a playhouse raised objections. “I find that religion has no place in the theatre, religion has its place in the church,” Wilson says. “For me, the Messiah is not so much a religious work but rather a kind of spiritual journey”.

Wilson is fascinated by the structure of the composition and the freedom it offers him. “I think of it like something I see, and something I hear. Its structure is an architectural framework that helps me to hear the music better; because the music by Handel, who masters counterpoint perfectly, is very abstract, almost mathematical”.

For the director, Mozart’s version of Handel’s oratorio is very touching. His music may seem very simple at first glance but it is actually very complex. “Mozart’s music speaks to me in a particular, bright colour which I find in no other composer. His music comforts us, even in darkest moments. It is the light that radiates from his music that attracts me so much”.

“A genius is born once or twice every 200 years,” Wilson says. “For me, Mozart was a genius. The architect Palladio was another, the painter Rembrandt… Geniuses can be counted on the fingers of one hand.” For him, Messiah is a grandiose work because, like all great compositions, it speaks of hope. “In this sense, to me, it recalls the negro spirituals, the roots of American music. The Messiah does not count among that music that speaks of protest. It always speaks of hope, which is our comfort”.

Of Handel’s oratorio, Mozart adapted the libretto in German and reorchestrated part of the original score. “He added small illuminations as if Van Gogh was repainting the Mona Lisa,” says conductor Marc Minkowski, “like a painter who adds colour with different harmonies. It is a different experience, but it is still Handel’s Messiah“.

Der Messias is produced by the Salzburg Mozarteum Foundation, the Salzburg Festival, the Théâtre des Champs-Elysées and the Grand Théâtre de Genève. After the recent September performances in Paris, the production will be next in Geneva on October 4-5, 2020.

Robert Wilson’s text has been translated from French, via Théâtre des Champs-Elysées 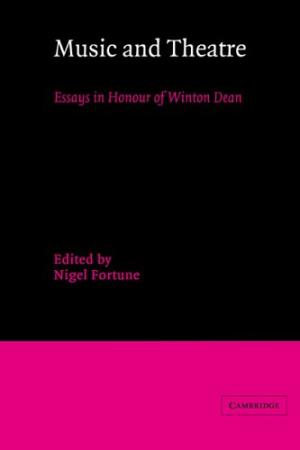 Music and Theatre – Essays in Honour of Winton Dean 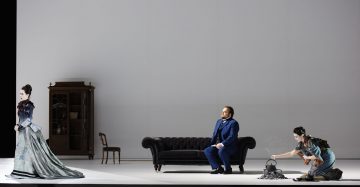