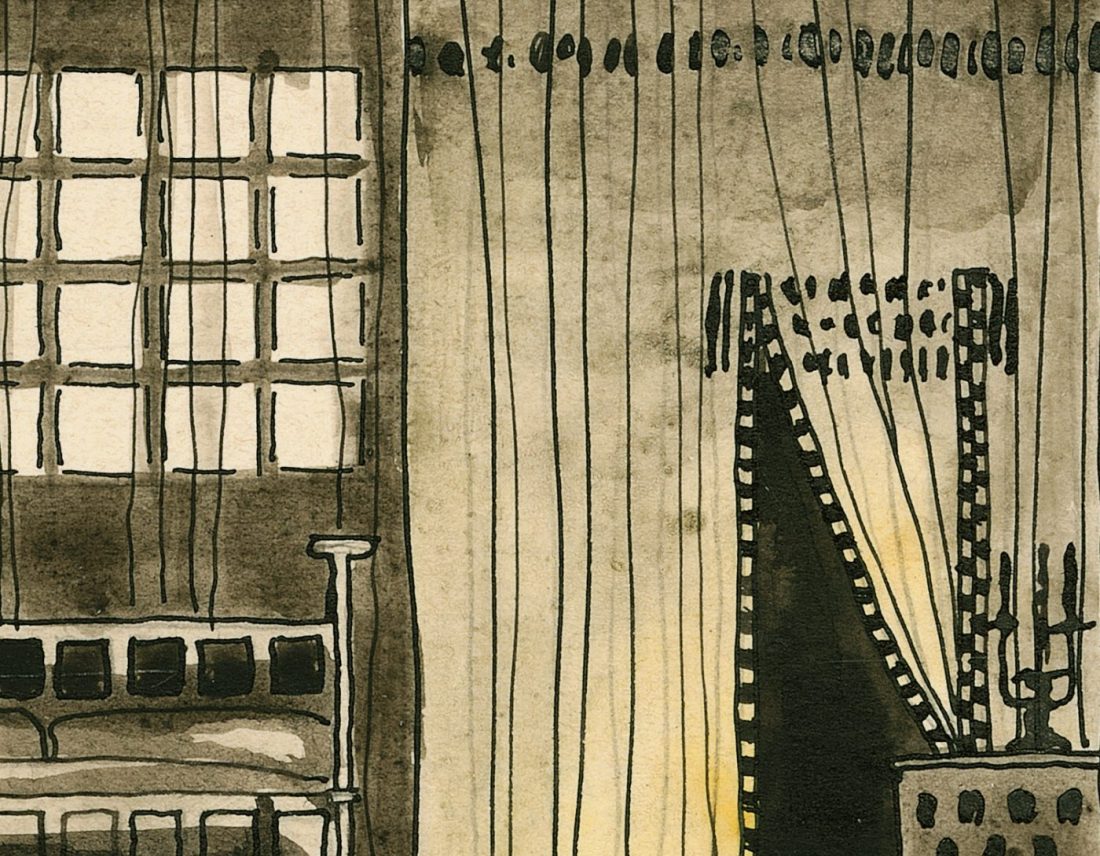 Genoveva (Tragedy by Friedrich Hebbel) Stage design for a planned production of Hermann Bahr at Max Reinhardt‘s Deutsches Theater in Berlin, around 1907 not realized Theatermuseum © KHM-Museumsverband

Genoveva (Tragedy by Friedrich Hebbel) Stage design for a planned production of Hermann Bahr at Max Reinhardt‘s Deutsches Theater in Berlin, around 1907 not realized Theatermuseum © KHM-Museumsverband

This year, the city of Vienna is celebrating Viennese Modernism. 2018 is the centenary year of the death of four protagonists of that era: painters Gustav Klimt and Egon Schiele, the architect Otto Wagner and the multifaceted artist Koloman Moser, one of the most influential artists of the Wiener Secession and co-founder of the Wiener Werkstätte.

The Theatermuseum of Vienna honors the previously little-known stage creations of this universal artist. In addition to the overall show in the MAK – Austrian Museum of Applied Arts, Moser’s entire theatre works—ranging from the intimate cabaret stage to the grand opera set—is exhibited, like for instance his stage decoration and costume designs for Julius Bittner‘s opera Der Bergsee which have been recently acquired by the museum. After a long absence, also Gustav Klimt‘s famous painting Nuda Veritas, which once embellished the study of Hermann Bahr—playwright and friend of Moser—is on display again as part of the exhibition.

Following Koloman Moser‘s (30 March 1868 – 18 October 1918) artistic development—from graphic design, arts and craft, interior and exhibition design to painting—the exhibition illustrates the different phases and characteristics of his career. At times they are directly connected with his experiences and practical skills from other artistic areas.

In 1900 graphic designs on Viennese popular theatre (e.g. the illustration of calendar sheets of Ferdinand Raimund‘s The Spendthrift for the Ver Sacrum Magazine) and Modern Dance (about female pioneer dancers like Loïe Fuller, Isadora Duncan) can be taken as a starting point, however they are not yet executed for any theatre production. With the beginning of the stage-reformation movement, Moser gets his first chance to ”apply“ his art on stage. The stylized theatre (Stilbühne) which he develops for Felix Salten‘s Jung-Wiener Theater ”Zum lieben Augustin“ in 1901 is an initial highlight of his occupation with scenography.

Around 1907 Koloman Moser designs a first complete stage set for Hebbel‘s tragedy Genoveva on the occasion of a planned but eventually not implemented production by Hermann Bahr at Max Reinhardt’s Deutsches Theater in Berlin. Since the founding of the Secession at the latest, Moser has established close ties with this tireless propagandist of Viennese Modernism and stays friends with him till his death. A fact proved also by the stage design drafts for three of Bahr‘s plays which are published together with the texts between 1912 and 1915. His decorative concepts for these dramas‘ spaces illustrate repeatedly the reminiscences of his occupation with applied arts as well as interior design.

From 1910 onwards Koloman Moser increasingly dedicates himself to the music theatre and creates stage designs for the operas Der Musikant and Der Bergsee by Viennese composer Julius Bittner. His elaborated reflections on Der Bergsee are released in word and image as portfolio shortly after the opera’s premiere at the Vienna Hof-Oper in 1911.

The decoration for Ludvig Holberg‘s Jeppe vom Berge, staged at the Wiener Residenzbühne in 1915, is Koloman Moser‘s last work realized for the theatre.

Not to underestimate is the significance of the high number of other theatre projects he produces during his career, even though they are never executed: the designs are presented at the 1908 Vienna Kunstschau and also at the Moderne Szenenkunst exhibitions in Mannheim (1913) and Zurich (1914). Furthermore, his œuvre for the stage is regularly published in contemporary art magazines.

The exhibition presents drafts and documents largely taken from the comprehensive collections of the Theatermuseum, complemented by loans from a number of distinguished Austrian institutions and private collectors.

The show is accompanied by a sumptuously designed publication. Guided tours, a concert and an educational programme for schools complete this project.