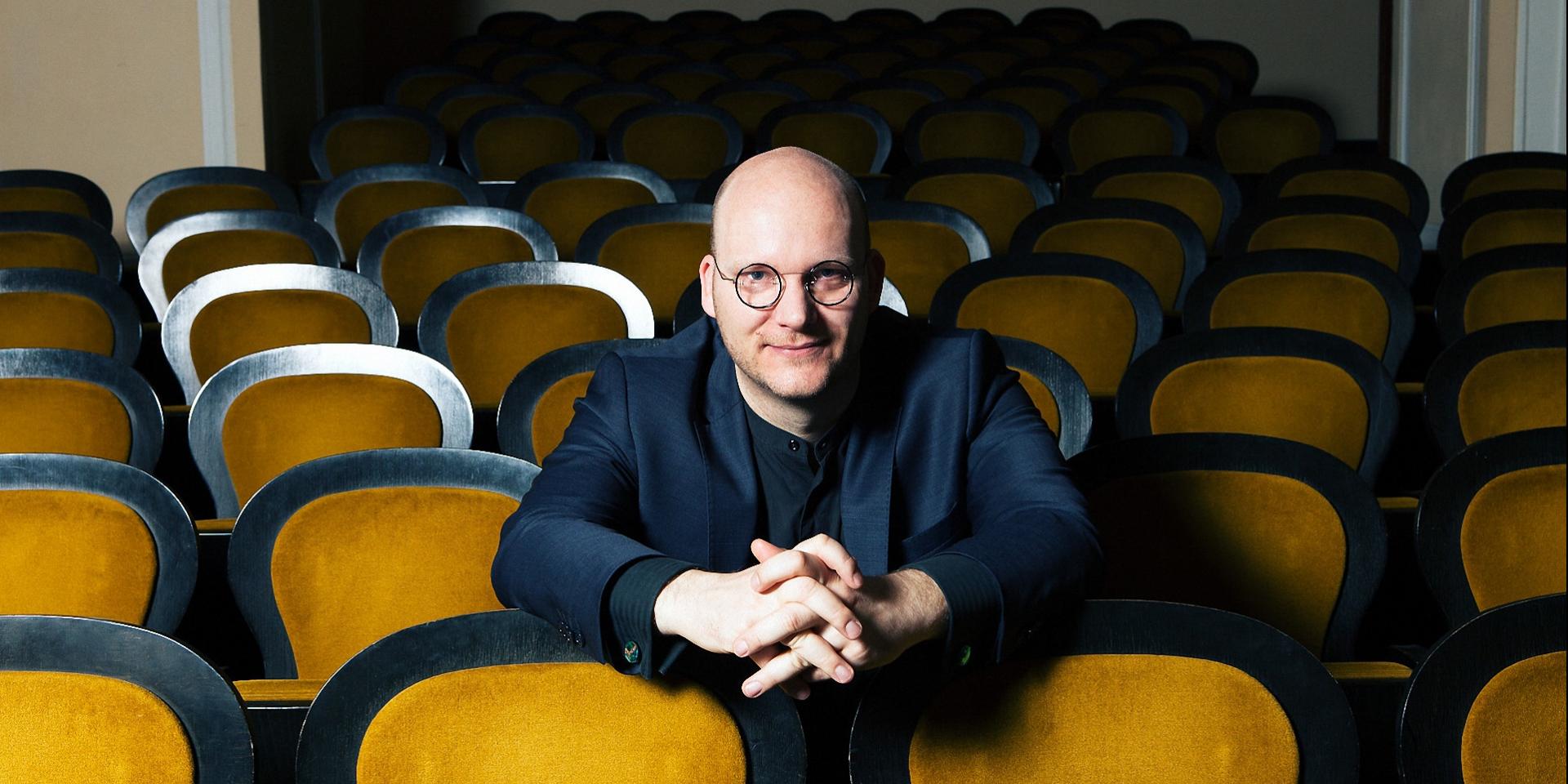 Set design and the management strategies of an opera house. A conversation with Sebastian F. Schwarz.

Managing an opera house implies balancing the push towards opposing objectives. The demand for an innovative offer may clash with economic and financial stability that is favoured by high volumes of sales. The commitment to educating new audiences must coexist with an offering interesting for more established and demanding ticket buyers. Dilemmas are the daily bread of theatre managers. What is the role that set design plays in decision-making processes and can it be used strategically?

We have met Teatro Regio Torino’s CEO Sebastian F. Schwarz and asked him for his views. Schwarz was appointed to the Italian theatre in 2019, he was previously general director of the Glyndebourne Festival Opera and, before that, deputy artistic director of Theater an der Wien in Vienna.

Sebastian F. Schwarz, you attend opera performances around the world. Will you mention one that has recently impressed you visually?

In the fall in New York, I saw the dress rehearsal of ‘Akhnaten’, a production from the English National Opera where I had seen it back then. Seeing the sets again in the big contest of the Metropolitan Opera was impressive. The jugglers and the images they produce, the use of light, colours, the atmospheres and emotions created. It is a very smart design.

And I always look back at the sets that Johan Engels created for us at Theater an der Wien for ‘Mathis der Maler’ with this enormous statue of Christ on the cross, sectioned off almost like Dalì’s lady with the drawers [The Anthropomorphic Cabinet]. The sections would open up and reveal spaces. That is an impressive design that comes to my mind.

Audiences are more than ever accustomed to visual stimulation in their everyday life. What is the role of scenographics in an opera production when it comes to audience acquisition strategies?

Well, people, and sometimes the critics—which is the sad part—, often mistake the set design for the direction. You can hear saying “what a great director” when they are actually reacting to the great work of the set designer. This varies, obviously, as in some teams it is the director to guide the design process or in others, you have a Gesamtkunstler who does it all by themselves. But yes, it is definitely important to put something on stage that enhances the experience.

Enhancement could be achieved also with an empty stage and the audience concentrating on the action—I think for example of a few productions by Christof Loy—but that requires a willingness to open up and possibly overcome that first moment of disappointment when the curtain rises and there is nothing voluptuous to see. At that point, the audience understands they will have to do some work, some thinking. And we do not always have that in audiences.

Contemporary or less known titles can be more difficult to sell for an opera house. Can set design be used strategically in these cases?

In opera, obviously, everything plays a role, the composition, singers, orchestra, chorus, and all those involved. And this makes it a great show.  Some people go home whistling the motive and some thinking of a moment of the action. But most people will walk out remembering the images they saw, created by the set designer, who must be given the credit sometimes for people remembering a certain show. I remember seeing La Fura dels Baus’ ‘Le Grand Macabre’ at the ENO [with sets by Alfons Flores]. Maybe I cannot really recall the story unless I think about it, but what stays with me is those images, which I will never forget.

You mentioned the need to balance musical genres and styles when planning a season. Does this apply to the design of sets?

Absolutely. Opera spans over 425 years or more of history, styles, and musical languages. But also over 425 years of theatre-making and technologies. A production using holographic imaging may be followed by one using painted drops and perspective and maybe, next, an empty stage with beautiful imaginative costumes in front of the back wall. Within a season, it is important to vary the offer and invite people on a journey through times but also through aesthetic developments and languages. And therefore through a variety of designs and designers.

And about empty stages, I want to underline the importance of set and acoustics. At the beginning of opera, theatres were small and anything done on stage would be audible. Then everything grew and developed, from orchestras to the number of seats, except for the human voice which apart from the refinement of techniques has not really changed. Sets play a role in making the sound and projecting it out into the auditorium. We need to take that into account otherwise we will always disappoint our audiences.

So the sets are not only an aesthetic form of expression, not only aid the director’s storytelling, but they play a specific physical role in a theatre. Let’s not completely forget about that. Let’s combine function and form and design great things.

From the management perspective, the look and feel of the sets is part of the artistic offer but also the marketing material that will be used to promote the show. When you plan a season, to what extent does this consideration influence your evaluation of set designers?

Surely in terms of marketing, it is important to know that you are going to have designs and images that can be very strong for marketing in the widest sense. But I also use images in order to give people an idea of what the production might look like in the future. Stakeholders, donors, and also people who are working in the theatre to show them what they will be confronted with.

For example, when I presented to Glyndebourne’s donors the idea of Keith Warner staging Samuel Barber’s ‘Vanessa’, nobody there really knew the work and Keith Warner had never staged at Glyndebourne. To evaluate the work of a director, you have to see the whole show and go dramaturgically through the story to see what his storytelling is. But people usually do not have the time for that. To evaluate the work of a designer it is enough to look at images in the context of the storytelling. So I looked up a few images of sets that Ashley Martin-Davies had designed for Keith Warner and I used them in those meetings to win over the donors. And it worked.

Concerning marketing and communication, what do you think is the biggest challenge for an opera house?

Recently I was thinking of showing both Michieletto’s and Minghella’s productions of ‘Madama Butterfly’ in the same season [with sets by Paolo Fantin and Michael Levine respectively]. One is very much Tokyo as you see it today, the other has all the puppets and the beautiful imagery. Making people understand that what on paper is Puccini’s ‘Madama Butterfly‘ is also two different worlds they can enter, well, that would be a challenge for marketing and communication.

Managing expectations is a big part of our job. When we have something coming up different from what people might expect, we shall start to prepare them for it. Today we can do it so much better with the channels we have at disposal.

It is part of our daily bread, trying to get people to buy into something they might otherwise be hesitant to. After all, we must guarantee income. Some people do not like it when we call theatres “companies” but we are. We have more than 350 people working at Teatro Regio, it is a large company and people’s lives and families depend on it. To guarantee income we have to go with the flow, with modern developments, communication, the use of a customer relationship management system and so on. And marketing is just one aspect of it.

Opera ticket buyers are heterogeneous groups. They vary in terms of taste, reception, and utility they expect from their purchase. What is your experience and what is your audience strategy?

It really depends on the context. In Vienna, we had three theatres producing opera in the widest sense and a very educated audience that chose specifically where to go. At the Wiener Staatsoper—and I don’t want to offend anyone there—many people come with tourist buses because it is on their to-do list in town. At Theater an der Wien, the audience is on average much younger and it is interested in the opera, they want to learn something about a piece, a period, the music. People came for titles they could not even find in encyclopedias. In this sense, you as an audience have to trust the theatre that whatever they put on will be worth seeing and its quality will be worth sustaining or subscribing to.

Contrary to Berlin, Vienna, Paris where each different theatre can concentrate on some specific genre, in Turin, where there is one opera house, it is our responsibility to show a variety of things. With a red thread, hopefully, running through the season. Therefore, when I think about audience strategies, well, I need everyone. I cannot sacrifice everything only to chase after young audiences when it is the older ones who have the time and the money to pay for the tickets. And in the end, every theatre depends on box office income.

Obviously, we need to seminate and soar interest in opera, that’s why every theatre runs educational programs and we have a lot of that happening in Turin at a very high level. But we should not forget that we live in an ageing society where more and more people reach older ages with better health. They have been in important jobs and all of a sudden they retire. So the question is, how do they fill their days? Can theatres play a role in that sense?

About future plans, visual artists have always experimented in theatre as set designers and directors. Major opera houses plan productions featuring prominent figures from the art world. Is there a particular artist you would like to produce with?

Well, some time ago I have met with William Kentridge and we were talking about what could be the next project. He only does opera every five years so it would be very difficult to get him to do something for Turin. I was absolutely mesmerized by his ‘The Nose’ by Shostakovich. ‘Lulu’ was very particular, very fabulous.

Besides that, I was thinking of a retrospective on David Hockney who will be eighty-five in 2022. Glyndebourne owns a production of ‘The Rake’s Progress‘ designed by him in the 70s. In Turin, we could revive ‘The Rake’s Progress‘, have him produce a new opera and put the two next to each other—David Hockney in the 70s, David Hockney today—and we could create a retrospective of his artwork in one of the nearby museums or even in the theatre’s foyer. We would invite people into his world, into the mind of an artist. 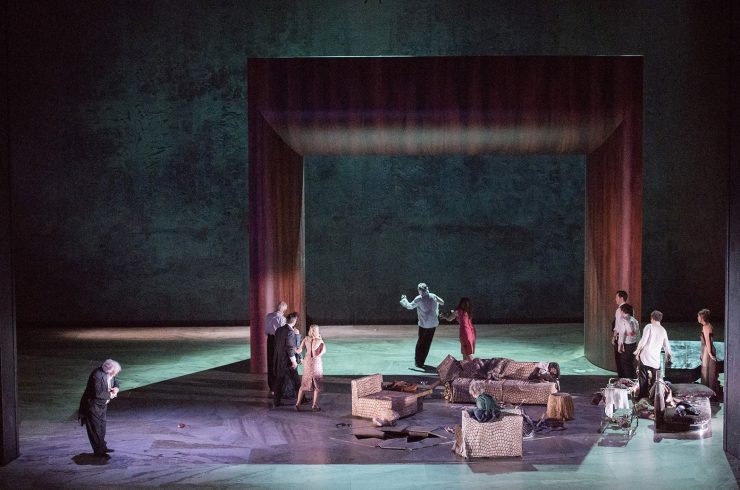 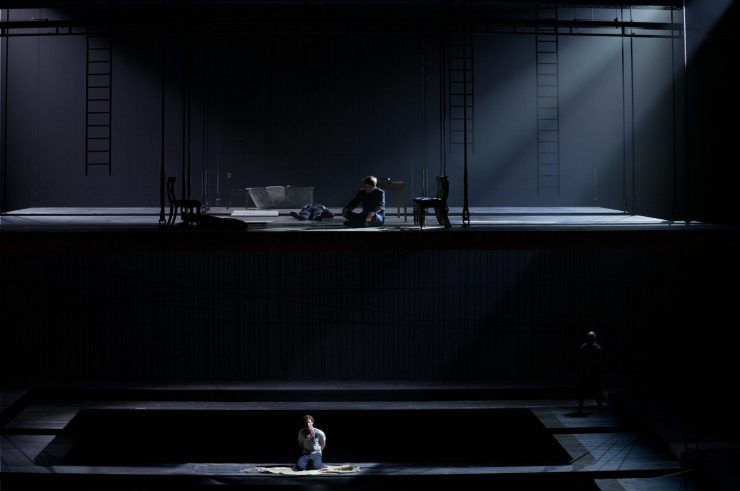